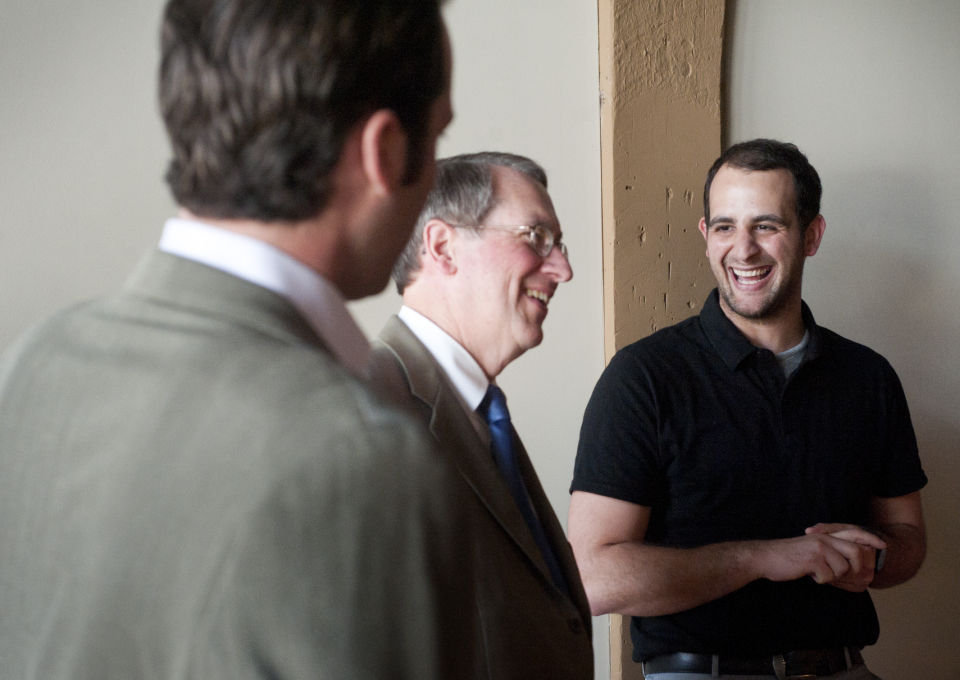 Members of the Washington, D.C.-based Internet Association “crawled” through downtown Lynchburg with elected officials and members of the media Monday afternoon, highlighting local companies that have harnessed the power of the Internet to grow their business.

The tour featured ladies’ fashion boutique Gladiola Girls, Sam Stroud Photography, nonprofit developer Rush Homes and the Academy of Fine Arts. The goal of this Internet Crawl and others like it is to make elected officials aware of the Internet’s impact in communities far from tech centers like Silicon Valley, said Michael Beckerman, president and chief executive officer of the association.

“You don’t have to have a Google or a Facebook in your town,” Beckerman said. “The Internet creates jobs in every town across the country.”

The association, which launched last September, is bringing its crawl and its message to towns across the country to prevent legislation that could slow growth from e-commerce, social networking and other online tools, Beckerman said. When legislation passes, he said, it has a tendency to be “frozen in time,” and unable to evolve as fast as technology.

The association’s areas of interest are wide-ranging, Beckerman said, but include patent trolls, immigration, Internet freedom and others.

At the start of the tour, Goodlatte said he was looking forward to learning how local businesses thrived thanks to an online presence, adding as long as the internet is kept in a “low taxes, low government regulation” environment; it can be a powerful “economic driver.”

Most of the business owners on the tour focused on the power social media has had in keeping their businesses strong.

Renee Wood, who opened Gladiola Girls on Main Street in the fall, said she uses Facebook, Twitter and Pinterest to make potential customers aware of the many unique style options they can find at her shop.

When Sam Stroud opened his photography business in Lynchburg about three years ago, he had one photographer on staff — himself. Today, thanks to the popularity of his blog, Stroud has a team of 10 and shoots more weddings than he can count up and down the East Coast.

He said he’s used the Internet and social media to reach out to customers outside the Lynchburg area. This summer one of his photographers will be traveling to Arizona for a wedding.

“A lot of that just comes from the shared experience online,” Stroud said of his company’s growing popularity and recognition.

Rush Homes Executive Director Allison Wingfield said the Internet is key to organization, communication and promotion for the nonprofit, which develops housing for the disabled.

“I don’t know what we did before the Internet,” she said, citing a Facebook post and e-blast Monday that almost immediately yielded volunteers for an upcoming fundraiser.

At the final stop of the tour, Academy of Fine Arts Executive Director David Jenkins told the crawlers how the growth of the Internet makes it possible to engage with potential customers both inside and outside of the region, and to target advertising in a more intimate, effective way.

“The Internet allows us to entirely change the relationship with the customer,” Jenkins said.

And that’s important, he added, because online promotion for the Academy of Fine Arts does more than just draw in arts patrons.